With your help, we can finally end polio for good.

Poliomyelitis is a highly infectious disease that most commonly affects young children, under the age of 5.

Most know it as poliovirus. The virus is spread person-to-person, typically through contaminated water. It can attack the nervous system, and in some instances, lead to paralysis. Although there is no cure, there is a safe and effective vaccine – one which Rotary and our partners used to immunize over 2.5 billion children worldwide.

-There is no cure, but polio is preventable with a vaccine.

-Until we end polio forever, every child is at risk. 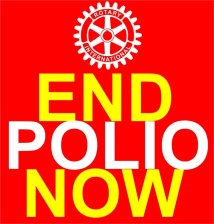 Take a look at the recent history and major milestones of polio.